Foodtown is a 55 store supermarket cooperative operating in Eastern PA, NJ and NY. Dalkia engaged with one Foodtown independent owner to identify and address energy efficient upgrade opportunities. One key application area in this comprehensive store retrofit was the upgraded refrigeration system controls. 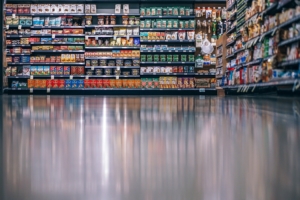 Over a three month period, Dalkia implemented this comprehensive upgrade with new compressor and fan controls, anti-sweat controllers and premium efficiency motors, as well as full store LED lighting upgrade for seven Foodtown stores. The implementation was executed in such a way as to not disrupt Foodtown’s on-going business. The added combination of high energy rates and support from local utility incentive areas translated into a fast return.

The new controls also provide Foodtown and Dalkia real time visibility into the refrigeration system to ensure that the savings generated by the project were not negated by future maintenance and service events.

Keep up with the latest through our email communications

Sign Up
We use cookies to ensure that we give you the best experience on our website. By continuing to use this site you are agreeing to use cookies.Accept